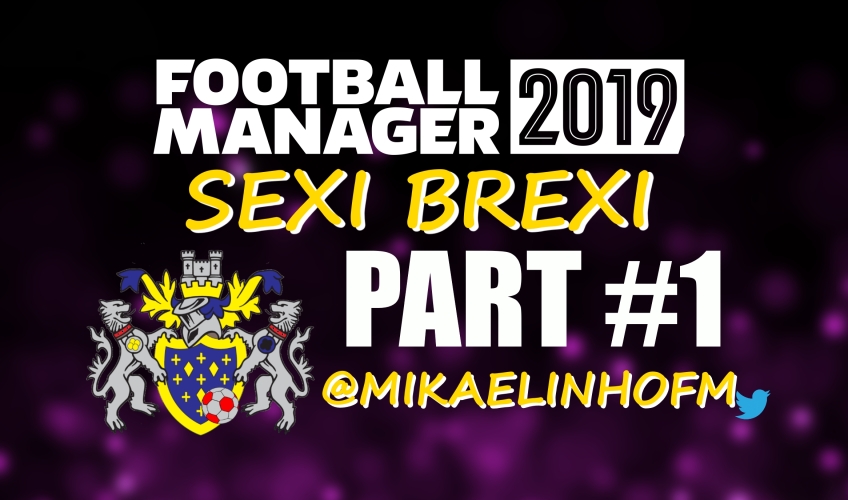 Welcome to my new FM19 series! Before you even start reading this post I’d like to ask you a favour. Help me to help you. Turn on your imagination and play along with me in order to enjoy this series as much as possible. Each episode will be preceded by a story based introduction, where I’ll hopefully be able to give the series a bit of life and colour.

To get into the mood I’ll recommend you to read the dialogue out loud and within the brackets [] I will give you instructions on how to play along. For example, in this first episode we’ll be introduced to the German club owner Rolf Elgeti and for him the instruction will be [read in an Arnold Schwarzenegger voice]. You get it? Play along if you like! 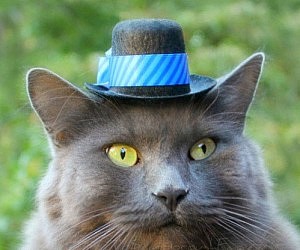 Hansa Rostock owner Rolf Elgeti sat in his office patting his cat. Mr Cat in the Hat looked up at him from his lap with eyes filled with eternal wisdom. Even though the office was completely silent Mr Elgeti could hear the cat’s voice loud and clear. [read like Gollum] “We are finished here. Finished! They don’t need us anymore and they don’t want us anymore”.
A twitching started under Mr Elgeti’s left eye as he heard the cat put his very own feelings into words. Mr Elgeti replied [read like Arnold Schwarzenegger] “You are right, my companion and friend. We have achieved what we came here to do, we brought Hansa Rostock back to the Bundesliga and in only four years to top it all off!” The twitching stopped as his eyes filled up with tears. He composed himself and continued “I feel like this is not the end though. Umgehkert, I feel that this is the beginning of a great adventure. Mr Cat in the Hat, bring Marcus Allbäck to me!”

The cat leapt off his lap and scurried out the door in search for the Hansa Rostock manager. Rolf Elgeti picked up the small blue-and-white hat that his cat had dropped in the hurry and suddenly everything became clear to him. Rolf Elgeti knew that the window of opportunity was narrow and he needed to act now before the cat returned. It was a risky plan, but it could very well work.

He went to his computer and opened up the Premier League table. “Chelsea… Leicester… Cardiff… Huddersfield… Everton… Brighton…” he read out loud. “All in the right colours, but too expensive by far!”.

He quickly clicked his way to the Championship table and continued. “QPR… Sheffield… Wednesday… Wigan… Millwall… no no no, still too much money!” He suddenly heard the cat’s meowing and the voice of Marcus Allbäck outside as they were heading into the building from the training ground. This meant that he only had a minute, two at best to launch his greatest plan ever. He quickly scrolled down the list of leagues and clicked on the bottom one, the Vanarama National League North table in a last desperate attempt to find a club he could easily afford to buy, and there it was! He swiftly picked up his phone and dialed a number. “Fritz! It’s time! You have to act straight away…”

Marcus Allbäck had literally just been pulled away from the final training session of the season by Mr Elgeti’s awful giant of a cat. He feared it as much as he hated it and as they approached Rolf Elgeti’s office Marcus knew that something fishy was up.

Marcus heard Mr Elgeti’s voice through the open office door and as he entered the office he could see his boss quickly slip his phone into his pocket. Mr Elgeti sat down and the cat quickly jumped up on his lap. “Marcus! Welcome Marcus!” he said with a smile. Marcus Allbäck felt even more uneasy. “Marcus. Don’t look so suspicious. I’m gonna cut straight to the chase. We are moving on”. We. Are. Moving. On. The insight hit Marcus Allbäck like a kick in the nuts. He felt both nauseous and ecstatic at the same time.

“Excellent! Now sell it! Just do it!”

He had heard Rolf Elgeti’s order to sell as he entered the office and now he was told that he and his cat were moving along. It must be true. Had Rolf Elgeti just sold the club? Was Marcus finally going to be free of this crazy duo? He had to use every inch of sanity he had left to keep himself from breaking into a frantic laugh as he composed himself and asked “So, where are you going?” The puzzled look on Rolf Elgeti’s face brought Marcus’s feelings of joy to a sudden halt. What was up? Had he completely misread the situation?

“We are not going anywhere without you, Marcus. You are coming with me and Mr Cat in the Hat on a grand adventure! We are all going to Stockport!” Rolf Elgeti said, with the biggest smile Marcus Allbäck had ever seen. With thoughts spinning around in his head faster than ever before he started ranting like a moody child. “Stockport? But I train Hansa Rostock! I just brought the club to it’s greatest league position ever! And I live here in Rostock, I’ve brought my family here and I’ve bought a nice house for a lot of money”. Nothing in this rant seemed to affect Rolf Elgeti. He just kept smiling as he said “I’ve taken care of all that boring practical stuff. Don’t you worry about anything. Nothing can stand in our way, Marcus!”

Marcus Allbäck started crying and laughing at the same time as another insight hit him, straight in his already sore nuts once again. Rolf Elgeti had not sold Hansa Rostock. He had sold Marcus’s house. Marcus was never going to be free. As the giant awful cat exchanged Rolf Elgeti’s lap for his own Marcus looked up at his boss and couldn’t believe his own words as he said “let’s go and make Stockport great then!”

The manager and the club

For those of you that don’t recognize the name, Marcus Allbäck is a former Swedish international with 74 caps to his name and a decent club career playing for Heerenveen, Aston Villa, Hansa Rostock and FC Copenhagen. After retiring from playing he functioned as the assistant coach of the Sweden national football team 2009-2016.

In my FM18 series he has just finished his fifth season as the manager of Hansa Rostock, a team he managed to bring from the 3rd tier of German football to a top half finish in the Bundesliga. He will now move over to the British Isles together with owner Rolf Elgeti to manage Stockport County FC in FM19.

Stockport County FC are an English club formed in 1883. Most of these past 135 years have been spent in the bottom tiers of the English Football League system, except for a “Golden era” in the 1990s. In 1996/97 Stockport experienced their most successful season ever with a 2nd place finish in the 2nd tier of English football and they also managed to reach the semi-final of the League Cup.

Since 2014 Stockport County FC can be found in the Vanarama National League South, the 6th tier of English football. Despite this, or perhaps because of this, Stockport is a popular club to manage in FM. The club has nice facilities, a large stadium and a decent fanbase, giving them an advantage compared to fellow Vanarama clubs in the attempt to climb the tiers of English football. This is basically what brought me to the club as well, together with memories of an amazing save on FM14. With Elgeti and Allbäck at the helm the aim is obvious, a swift climb through the league system with English domination at the horizon! I won’t form any more detailed goals or aims this early, besides that we simply want to climb at least a couple of tiers in the first 3-5 years.

To add an extra bit of excitement to the series, I will be joining ten other FM bloggers in NewgenFM’s Achievement hunter challenge. You can read more about the challenge here, but it basically means that there is a list of achievements we all try to reach. The most achievements will win in the end. I think it will be good fun to compete against all the other great guys in the challenge, make sure you drop them all a follow!

That’s all for now! I’ll return soon with the first half of the 2018/19 season to see if Marcus Allbäck manages to put up a challenge for promotion straight away.