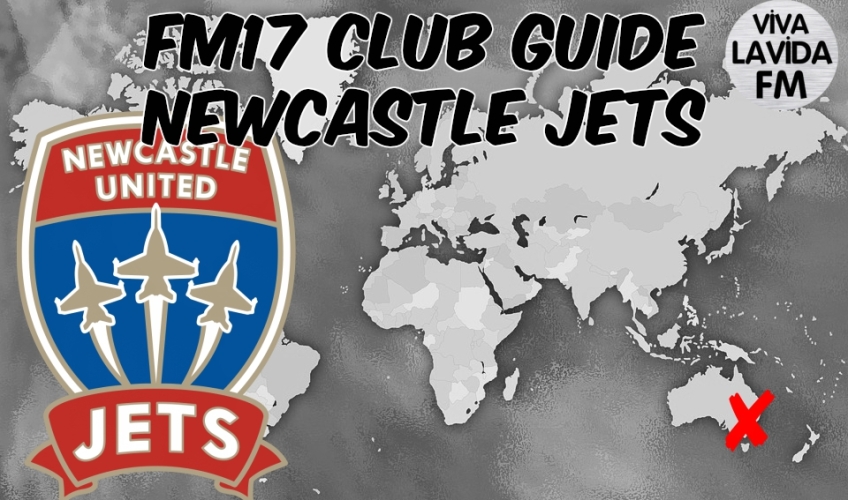 In Football Manager you will take over a team who have not finished in the top half of the Aussie league for the previous nine seasons. They are in need of a capable manager who can build a strong squad to take them to Australian glory.

The following post is an overview of the club should you choose to take them on in Football Manager 2017. Go on, be someone new!

It wouldn’t be a proper Newcastle Jets guide without throwing out a tempting offer to you of resigning Emile Heskey for the Australian outfit. Heskey left the Jets for Bolton in 2014, but could you tempt him to return to the Aussie club? Would you want to? 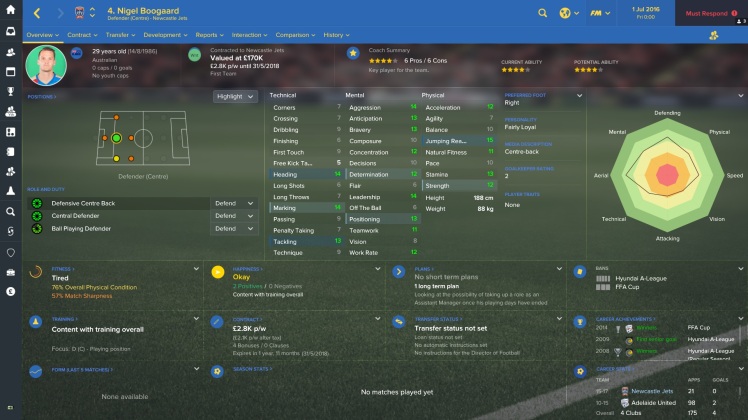 Nigel Boogaard is your rock in the heart of the defence. Though his advancing years may persuade you to look to replace him in the coming seasons, he will be a very loyal servant to you should you choose to play him. 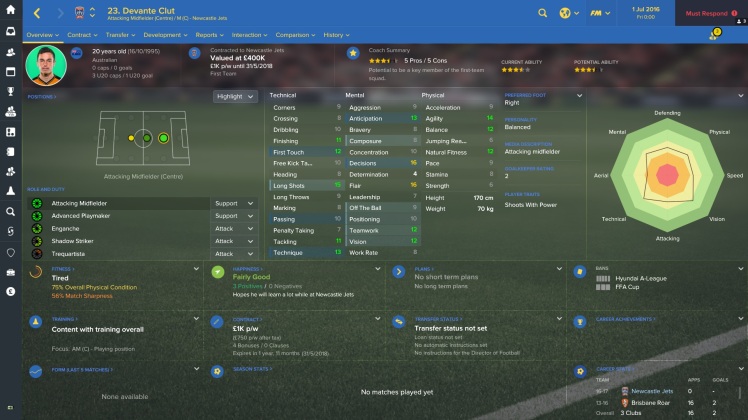 Devante Clut is one for both the present and the future. At 20 years old he still has plenty of time to develop further but he should already be considered a starter in your central midfield. With 15 long shots, he will always be a threat from outside of the area; he has to improve but will only do so with first team experience. 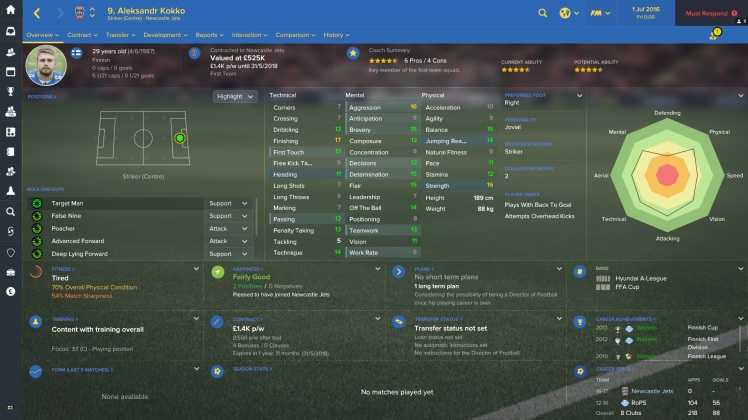 Easily the star of your side is Finnish striker Aleksandr Kokko. The 29 year-old has only just joined Newcastle but should prove to be a good signing by the club. Just think, Kokko alongside Heskey could be an unstoppable force in the Australian A-League!! 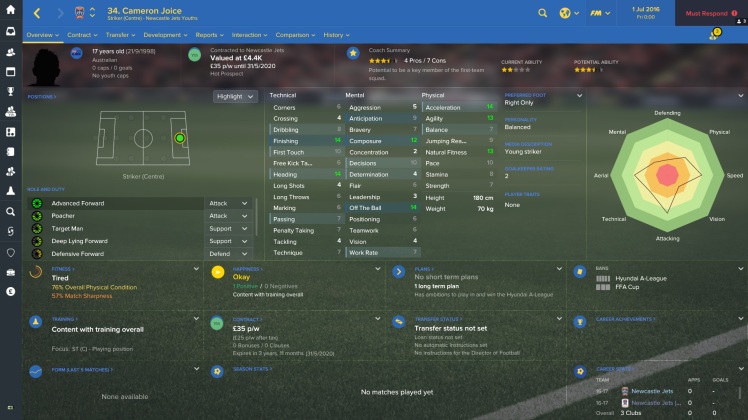 Cameron Joice looks to be a good little striker in the making. He will need to be tutored in order for his determination to improve, but his 14 finishing and off the ball stats are encouraging for a 17 year-old.

Kristian Brymora is your other hot prospect at the beginning of the game. The inside forward will develop into a pacey wide player with decent finishing, dribbling and first touch attributes. First team football is a must for his development to continue.

With a transfer budget of just £75K and -£1K available in the wage budget transfers are looking unlikely unless players are moved on (sorry Emile). You will need to focus on reducing the wage bill moving forward in order to allow the clubs finances to grow.

As Newcastle Jets manager your goal is simple. Win the Australian A-League for the first time in the clubs history. Their previous highest position in the league was 2nd, way back in 2002.

They have actually won the A-League after winning the Grand Final back in 2008. But they’ve never finished 1st in the league format. A sustained period at the top of Australian football should be your goal for the save.

Thank you for reading our club guide to Newcastle Jets. I hope it may have inspired you to begin a save with the Australian club.

If you have a club that you would like to see a guide for, leave a comment below!