Welcome to another instalment of VivaGlobetrotting, our Football Manager story that follows the career of Chilean manager Alejandro Hurtado. His current club River Plate were embroiled in a championship battle the last time we saw him.

With only eight games remaining River Plate sat just two points off the top in 3rd place. But with the Copa Libertadores group stage commencing throughout the championship run-in, would Hurtado be able to manage his squad to success on both fronts?

We have remained consistent in using our 3-4-1-2 2DM formation. I like how potent it has made us moving forward in attack. We seem to threaten any opponent we face. It does leave us vulnerable in the wider areas and this has been exploited in certain matches. 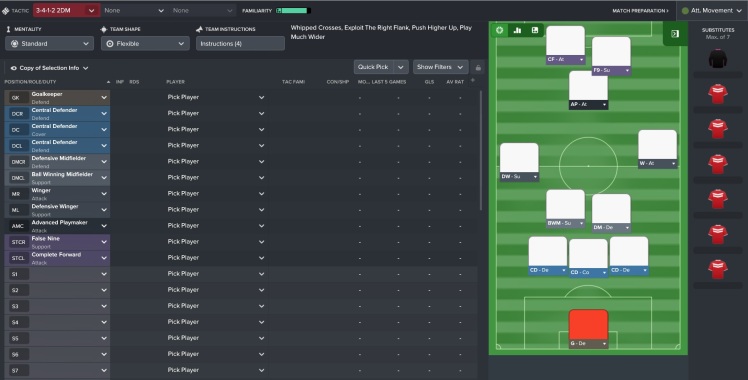 Let’s take a look at how we performed in the Copa Libertadores in what is our maiden group stage participation in VivaGlobetrotting.

As expected, we progressed through our group relatively comfortably, winning four matches and losing two. We did, however, capitulate in the final game against Palmeiras losing 6-1.

In the next round we have been drawn agains

t Brazilian side Club Atletico Paranaense. The matches will be played towards the beginning of the 2027/28 season.

So, with eight games remaining, could we win the top tier in Argentina in our first season?

16 points from our final 8 games. Was this enough to secure us the title? On the final match day we trailed Independiente by 1 point and Estudiantes de la Plata by goal difference, meaning that we needed for them both to drop points for us to win the league.

But within the first 7 minutes Independiente striker D. Gonzalez scored a hat-trick, condemning Banfield to defeat and us to at most 2nd place.

Unfortunately Estudiantes won too, leaving us to settle for third place despite winning our final match against Temperley.

These two matches proved absolutely crucial. From nowhere our form deserted us and we fell to two teams we really would have expected beaten. We well and truly bottled the league after being in pole position before these two losses.

We never really deserved to win the league, especially after our dreadful start. But our mid-season form saw us climb the table and claw our way back into the title race.

For whatever reason I’ve yet to use this screen throughout VivaGlobetrotting. Our star signing Federico Romagnoli finishes his injury-hit season with a team high of 7.46. Alfredo Sciutti scored 29 goals as he demonstrated how crucial he will be for us going into next season.

It is also good to see our ex-Union San Felipe players Mario Alonso and Juan Jeraldino make the squad.

Thanks for reading this end of season post with River Plate.

I’m very hopeful that next season we can really push on to win the league. We also have the Copa Libertadores knockout rounds to look forward to.