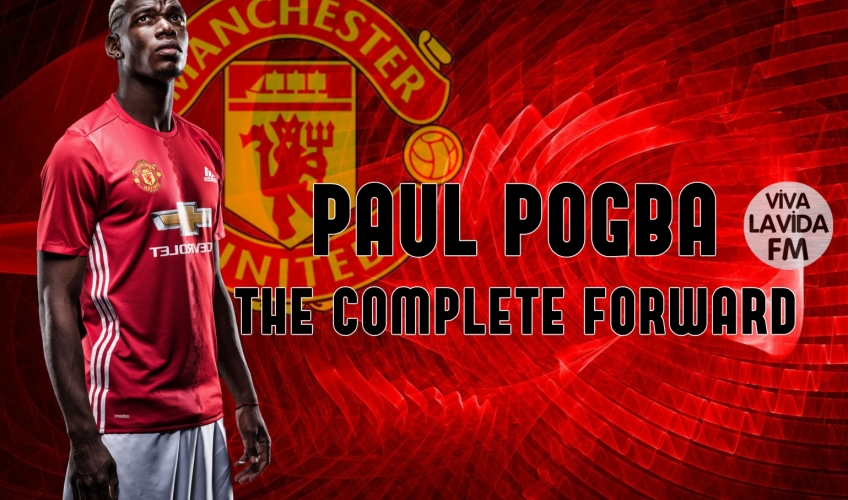 Paul Pogba. He is without doubt one of the best midfielders to have in your side on Football Manager. He has great passing and vision, meaning he could pick a pass to unlock even the tightest defences.

His long shots test all opposition keepers whilst his strength allows him to control the midfield through sheer brutality.

However, his stats could easily be mistaken for those of a complete forward.

Using the Football Manager Editor, I have changed Pogba’s natural position from centre midfield to striker. Can he be as successful up top as he is in the centre of the park?

Paul Pogba as a Striker | The Beginning

As mentioned earlier, Pogba’s attributes are incredible. He’s a world-class midfielder who scores many goals a year from midfield. But can he replicate this as the main man in United’s side?

Pogba’s first three years as Manchester United’s complete forward clearly show how good he could be as a striker on this years FM. He played in all but five of United’s PL games over the first three seasons and scored 77 goals in the process.

United finished in 2nd place in each of the three seasons, with Arsenal winning all three PL titles. They also came runner-up in the EFL Cup in 2019. Despite Pogba’s brilliance up top United are yet to win a trophy.

Man Utd came within two matches of winning a quadruple in 2021. They won the Premier League and FA Cup but lost in both the Champions League Final (to bitter rivals Manchester City) and the EFL Cup final.

United went on to lose both the CL (to Chelsea) and EFL Cup finals again in 2022.

Paul Pogba could have easily been tempted away from Old Trafford after his impressive performances as a striker, nevertheless he has remained loyal to his club. He had his best two scoring seasons from 2022-2024, striking 60 PL goals over the two seasons.

His United team came second in three more PL races. Continentally Pogba finally got his hands on the Champions League as United won the trophy in 2024 as they beat Barcelona.

As these stats show, it’s clear the Pogba is beginning to wind down his career. He had yet another good season in 2026, playing every PL game, before gradually playing fewer matches before he retired from playing in 2029 (he played just 9 PL matches that year).

Pogba managed one more Champions League, this time beating Arsenal, meaning that with United he won more CLs than PLs.

This is a statement that has made this experiment so much more worthwhile. In 557 appearances in all competitions, Pogba scored 371 goals. It really is a massive total considering how easy it could have been for Pogba to have moved on from United.

Not only did Paul have success with Manchester United, but he also won two consecutive EURO Championships with France. He went on to make 141 caps for his country, scoring 71 goals.

Thank you for reading this Paul Pogba experiment. I did not expect the results to be so good, with Paul scoring so many goals. He actually ended as United’s top scorer for 11 seasons in a row!